Hello, everybody! We’ve got a new series of dance nights scheduled for you, on a new day at a new location: the North Hall at Eastern Market, at 7th Street and North Carolina Avenue, S.E., two blocks from the Eastern Market Metro station. The dances will run from 7 till 11 PM on eight Saturday nights from late May through the end of September. See the event calendar for the dates.

The dances that had been previously scheduled for Hook Hall in April and May will not take place.

In addition, an outdoor dance is being planned for Saturday, May 7, at St. Andrew’s Episcopal Church in College Park, weather permitting. More information on that is to come.

Come and dance with us.

Donate to the DC Rawhides

Country Western Dancing for all in the Washington, DC

For up-to-date info about the group, our events, and our dances, be sure to LIKE us on Facebook! 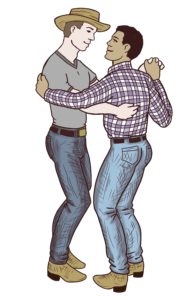